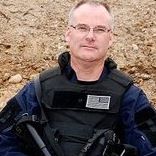 Office Hours:  By appointment only at this time
If you are not able to get a hold of anyone in the office, please leave a message or email us and we will get back to you as soon as possible